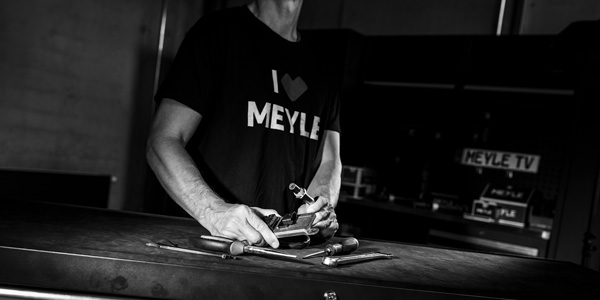 In line with the 25th anniversary of MEYLE spare parts for trucks, MEYLE is adding the MEYLE-ORIGINAL-NOx sensor to its portfolio.

“Commercial vehicles are subject to exceptionally high stress levels; they must carry heavy loads across long distances,” the company explained in a news release. “Designed with durability in mind, MEYLE spare parts are an excellent choice to meet these challenges. MEYLE truck experts have been taking care of the heavy vehicles on the world’s roads, dealing with quality testing, sales and development of MEYLE truck parts – for more than 25 years now.”

The sensor complements the company’s truck-electronics range and ensures the best possible performance under extreme loads. The MEYLE ORIGINAL-NOx sensor supports optimum exhaust gas aftertreatment  and enables compliance with the strict emission values from Euro 5, according to the company.

The MEYLE-ORIGINAL-NOx-sensor measures the nitrogen oxide (NOx) content of the exhaust gases before and after the so-called SCR catalyst (selective catalytic reduction). The SCR catalytic converter converts the harmful nitrogen oxides into harmless nitrogen and water by adding the urea solution AdBlue. At the same time, the MEYLE-ORIGINAL-NOx-sensor enables the optimum dosage of AdBlue by the engine-management system and thus an effective reduction of nitrogen oxides which are harmful to the environment and health, according to the company.

Defective NOx sensors can have far-reaching consequences for the operation of the vehicle, such as temporary or permanent engine emergency running, exceeding exhaust gas limits and increased AdBlue consumption. Another possible consequence is a high ammonia content in the exhaust gases, which can lead to corrosion of the entire exhaust system and high environmental pollution.

“To ensure the best possible performance the MEYLE-ORIGINAL-NOx sensor, like all MEYLE products, has been developed according to strict MEYLE quality standards and stringent OE requirements and has been thoroughly tested for functionality and durability,” the company added in a news release.

Advertisement
In this article:Emissions, Meyle