McCollum has distinguished himself as one of the industry’s top leaders and most committed advocates.

Roger McCollum, chairman and CEO of NA Williams, began his long career in the automotive aftermarket at Ken Tool Co. in Akron, Ohio, where he served in a variety of sales and management positions, eventually advancing to national sales manager.

He joined NA Williams Co. in 1984 and currently serves as chairman and CEO of the manufacturer’s rep firm.

This past November, the Aftermarket Warehouse Distributors Association (AWDA) presented its Outstanding Leadership Award to McCollum. Leader of the Year is bestowed upon an aftermarket professional who has contributed to the industry in a unique and significant way. In nearly 45 years of dedication to the automotive aftermarket, starting with his first job at a local parts store when he was a college student, McCollum has distinguished himself as one of the industry’s top leaders and most committed advocates.

McCollum joined N.A. Williams in 1984, after several years with other aftermarket companies. Over the years, he has held management roles of increasing responsibility and served as the company’s president from 1997 to 2017. He was elected CEO in 2007 and chairman of the board in 2014, and currently serves in both positions. McCollum has directed and integrated several mergers and acquisitions which have greatly expanded, diversified and strengthened the company’s business.

McCollum has a long and varied history of volunteer service in the aftermarket, including positions on the Auto Care Association Board of Directors and Government Affairs Committee. He has also been active in AWDA with a term as Rep Advisor on the Board or Governors, as well as AWDA’s Manufacturers Advisory Council. McCollum has previously served on the Auto Care Association Events Committee and Manufacturers’ Representative Council.

In this “AMN Drivetime” video/podcast with host Bill Babcox, the two CEOs talk about McCollum’s drive to serve others. McCollum says he doesn’t see the volunteering he does in the industry as philanthropy. Philanthropy is something one does at church or in one’s community, he says. Giving back to this industry is something we should all be taking action on McCollum says. “I see it as a responsibility. I think all of us owe something back to the business where we earn our livelihoods,” he said.

Reflecting back on the host of well-known, influential mentors McCollum has learned from over the years, McCollum said he has been fortunate to work around some really brilliant people who took the time share their knowledge with him, especially as a young professional starting out.

“The thing that helped me the most in those early years was, I learned how to be humble, and in my case, I had a lot to be humble about. My most successful sales technique was to just be a young kid who doesn’t know anything, who is looking for a break, and, I found that older people like to help young people. It’s just a natural part of life.”

Babcox and McCollum went on to talk about a number of other compelling topics, including the continued value of brand reputation and the fragility of brands.

“I think brands are as important today as they have ever been,” said McCollum. “You have to make sure that the image that you’re upholding speaks to what the expectations are of the customers. When that deteriorates it’s tough to get it back.”

Watch the episode
Listen to the podcast
Advertisement
In this article:AMN Drivetime 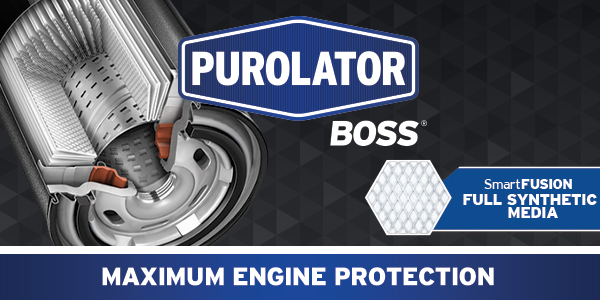