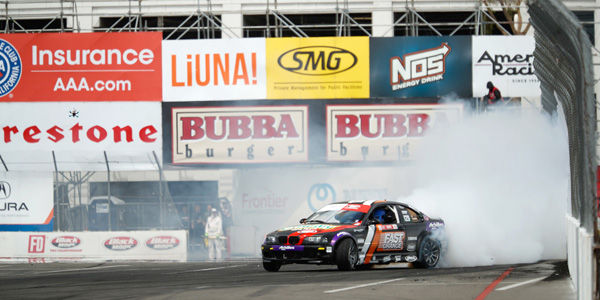 Permatex, a division of Illinois Tool Works, will provide the gasket makers for all vehicles competing in Formula Drift’s nine races during the 2019 season.

Permatex has been named the official gasket maker of Formula Drift, the premier drifting series in the United States.

Permatex, a division of Illinois Tool Works, will provide the gasket makers for all vehicles competing in Formula Drift’s nine races during the 2019 season. The company also served as the presenting sponsor for the first Formula Drift race of the season, the O’Reilly Auto Parts RD1: “The Streets of Long Beach,” in Long Beach, California.

“Permatex has its roots in auto racing, and we are proud to partner with Formula Drift to become the series’s official gasket maker,” said Paco Agrafojo, director of marketing for Solon, Ohio-based Permatex. “Permatex gasket makers, threadlockers and sealing products have been used for generations by race teams across the world, and we are incredibly excited to help the teams of the Formula Drift series ensure that their vehicles’ gasketing holds up to the extreme conditions of drift racing.”

“We are extremely happy to have Permatex as the official gasket maker of Formula Drift and present the opening round of the 2019 season,” said Jim Liaw, president and co-founder of Formula Drift Holdings. “This partnership with Permatex is so fitting. Formula Drift is ultra-demanding on the competition vehicles. Oftentimes the smallest mechanical failure can mean win or lose, so the products that Permatex produces are critical to Formula Drift teams.”

Advertisement
In this article:Formula Drift