Torque-To-Yield Fasteners Can Only Be Used Once 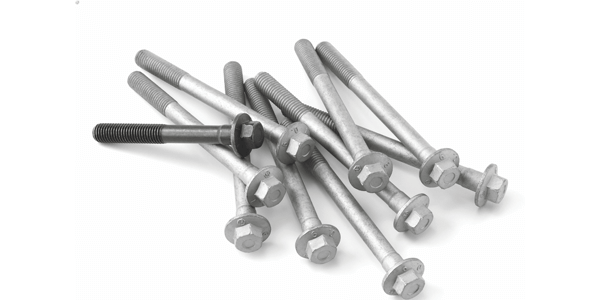 Remember the classic toy called Stretch Armstrong? It was an action figure made of a tough stretchable rubber that allowed kids to pull his arms out to several times their original length. As every kid who ever owned one of these toys eventually discovered there was a limit as to how far the arms could be safely stretched. Pull hard enough and the result was often an unintentional (or intentional) amputation of one of Armstrong’s arms.

The example of a toy with stretchable arms is no different than that of a “Torque-To-Yield” (TTY) fastener, be it a head bolt, rod bolt or ball joint pinch bolt. TTY fasteners are designed to stretch – up to a certain point – to provide a consistent clamping force. As such, they can only be used once because once they have been stretched to their yield point, they should not be stretched again or the result will be similar to that of Stretch Armstrong when his arms are pulled apart with too much force.

When a TTY head bolt is installed, the torque value and twist angle specified by the vehicle manufacturer is engineered to stretch the bolt just beyond its elastic limit so it will apply a predetermined clamp load and no more. The yield point is where the bolt is permanently stretched and will no longer return back to its original length if it is loosened and removed.

So why can’t a TTY bolt be reused? Once the bolt has been stretched, it is not as strong as it was before. That’s okay as long as the bolt remains in a loaded condition because the one-time stretch allows it to maintain a consistent clamp load for a longer period of time. There is less risk of the fastener vibrating loose. But if a TTY bolt is removed and reused a second time, the additional stretch may be too much preventing the bolt from holding torque and causing it to loosen up over time – or break. Either way, the end result is not good if a TTY head bolt, rod bolt or chassis fastener comes loose or snaps.

Head bolts have to withstand tremendous loads.  The clamp load required to seal a head gasket is typically about three times the combustion pressure that is trying to lift the cylinder head off the block. Depending on the head bolt configuration and the engine’s power output, the load per bolt may be as much as 8,000 to 12,000 PSI.

Another reason why automakers switched to TTY bolts for many high load applications is because it allows them to use smaller and lighter fasteners for the same amount of clamp load. TTY bolts often have a reduced cross-section in the shank area between the bolt head and treads. On a V8 engine, a set of TTY head bolts may actually save a pound or more of dead weight. Smaller diameter head bolts also allows more design freedom for cylinder heads because less space is required for bolt clearance.

The important point to remember is that TTY head bolts need to be replaced if a cylinder head or head gasket is being replaced on an engine. The same rules apply to TTY rod bolts or TTY chassis fasteners.  If a new set of TTY head bolts is not included with a replacement head gasket set, make sure your customer gets the bolts, too.

Bolt loading also depends on the type of thread lubricant that is used when the bolts are installed. Head bolts and rod bolts are never installed dry. The factory recommended thread lubricant for many applications is 30W motor oil.  However, more consistent torque results can usually be achieved with specialty aftermarket thread lubricants that are designed just for this purpose. The greater the lubricity of the product, the less force is needed on the torque wrench to achieve the same clamping force.