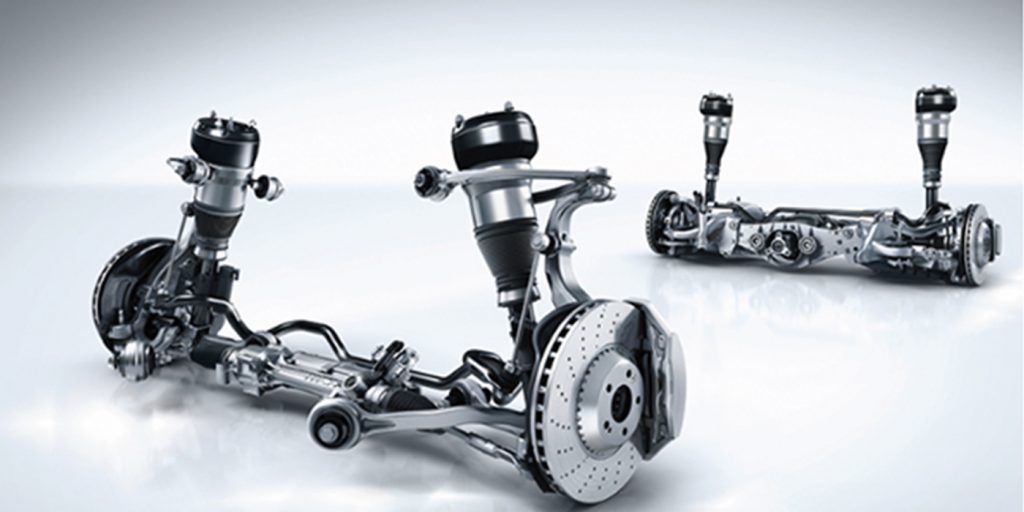 Suspension parts are among the most neglected components on a vehicle because when they fail, it rarely immobilizes the car. But outside of the tires, the suspension system is the most direct link to the road for the driver and passengers. Comfort is crucial to OEMs these days, and many have adapted different types of suspension systems to make the road ahead a little easier.

Sachs developed a unique type of suspension called Nivomat, which is a self-leveling monotube shock. Nivomat comes from two French words, niveau and automatique. The English translation means “automatic level,” so you get the idea.

Nivomat shocks are used by several OEMs, including FCA, Ford, GM, Jaguar, Kia and Volvo. They also are available on some GM Suburban and Tahoe models as part of the “Premium Smooth Ride Suspension” system. Replacement units are available from aftermarket suppliers as well as OES suppliers.

In place of conventional shock absorbers, this system is installed on the rear axle to provide additional roll stability. The Nivomat system adjusts the vehicle to the optimum ride height for every load condition, thus ensuring a safe and comfortable ride.

GM’s full-size SUVs came with several different suspension options. It can be confusing to figure out if the SUV has a Premium Smooth Ride or Autoride without a regular production option (RPO) code.

GM’s Premium Smooth Ride uses the RPO code ZW7. It uses conventional suspension in the front, and a self-contained, self-leveling Nivomat shock in the rear. GM trucks with this system use a softer spring in the rear because the self-leveling system does some of the work of holding the vehicle up. Replacing a Nivomat unit with a standard shock requires also replacing the spring. Otherwise, the vehicle will sag in the rear and have a much harsher ride and potentially dangerous handling.

When it comes to air-ride suspension, they come in several styles for both OE replacement and aftermarket upgrades. Some systems use an integrated air spring and shock absorber that replaces your customer’s metal springs with pressure-adjustable air springs (i.e., airbag). Using correctly sized air springs and properly calibrated shock absorbers offers ride characteristics similar to coilovers.

An air-suspension system consists of many different components. Components include an air compressor, air springs, pneumatic solenoid valves, height sensors, electronic control unit, air reservoir, air lines, pressure sensor and temperature sensor. The system may be designed for the rear air suspension only or for the entire vehicle.

While air-suspension systems are mostly used on high-end European cars, manufacturers have adapted them to many other vehicles such as SUVs and pickups to improve ride comfort and functionality. OEMs also discovered that air ride could improve fuel economy by lowering the car at highway speeds to reduce the drag coefficient.

When diagnosing problems with air-ride suspension, the tech must know what criteria the system uses to regulate the compressor/reservoir and have the right scan tool to interpret the information. The system can run at very high pressures (over 200 psi). Some systems require the use of a scan tool to release pressure and under certain conditions, re-pressurize the system. CM