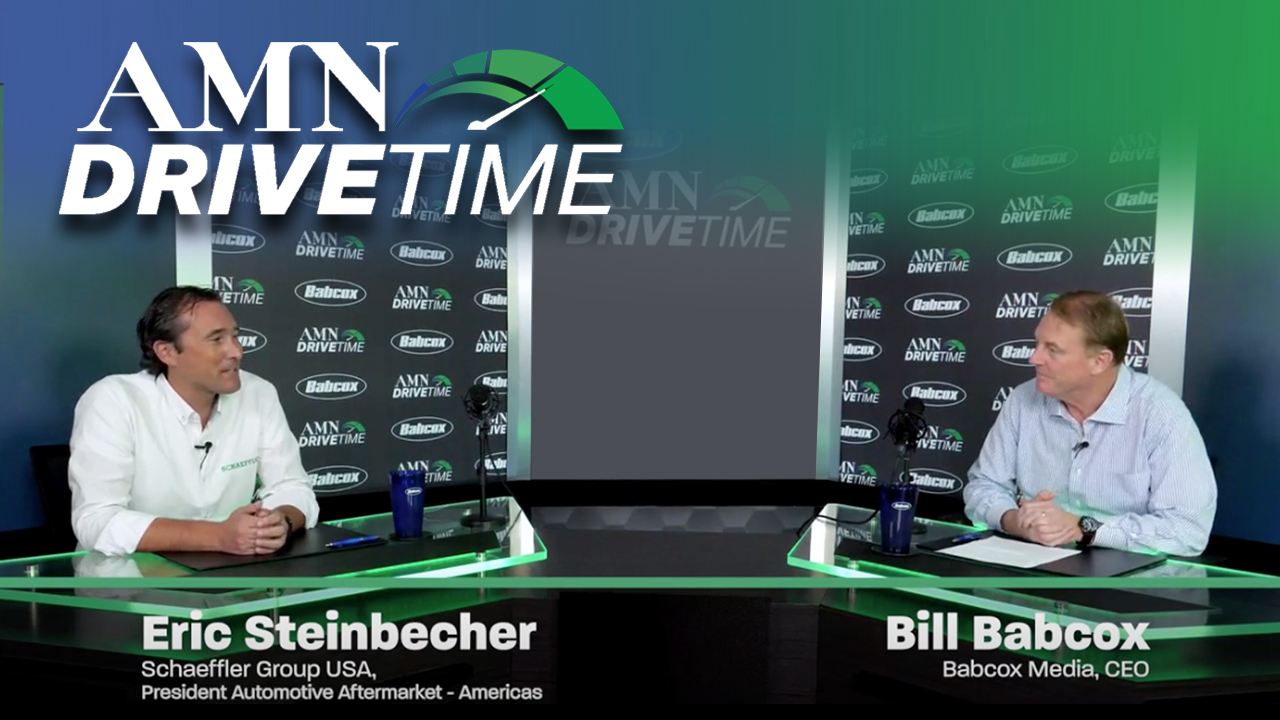 One might think working at Porsche would be the pinnacle of any car lover’s career, however Eric Steinbecher, president Automotive Aftermarket – Americas, Schaeffler, says it is the automotive aftermarket that he wishes he had found sooner. “Everyone who works in the aftermarket knows that you get addicted – addicted to the industry and to the people,” Steinbecher said during his conversation with Bill Babcox in the AMN Drivetime podcast studio.

Steinbecher began his career in the automotive industry as an intern with Ford Motor Co. in Germany. From there, he moved on to internships with Porsche before joining Visteon in a full-time position. He’s now been with Schaeffler for 10 years, having spent the past three working here in the U.S. as President of the Automotive Aftermarket – Americas division, responsible for the Americas region from Canada to Argentina.

In the 23-minute podcast, Eric and Bill talk about everything from the best and worst drivers around the globe, to proudest career moments, as well as some of the most significant technology changes taking place in the aftermarket today, including in the EV space.

Advertisement
In this article:AMN Drivetime