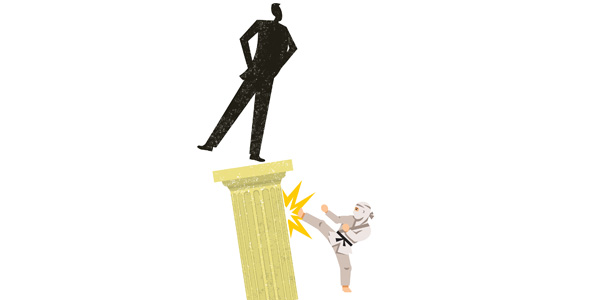 The reality is, leaders can be knocked off their pedestals very easily, and especially by sometimes-rogue business and political ninjas who steal power in the night.

These days, it’s imperative that you be paranoid. Not in a debilitating sense of course, but always looking over your shoulder. Always serving your customers in the way they want to be served. Always doing better. Now more than ever, anyone’s “market-leading” position can be imperiled at almost any time … and the effects of being dethroned are catastrophic and – sometimes – unrecoverable.

Need proof? Blackberry. Remember those? No one could pry one away from you unless it was out of your cold, dead hand a few years ago. Now? No one uses one.

Have kids under 16? Then you’re well-aware of YouTube and YouTube Kids. That video platform and the amateur (and sometimes professional) content creators who reside on and contribute to it are a large part of the reason Disney has laid off 10 percent of its workforce. The company, experiencing a 22 percent nosedive in revenue recently, also said it would pull all its future shows from Netflix so it could start its own streaming channel to regain the ground it has lost from YouTube and other streaming services. A big part of Disney’s problem is this: What was before considered “untraditional” is now thought of as “the way to do things.”

The formula used to be simple: Take a pile of money and spend it on scripted television, on regular, old-fashioned TVs and in theaters. Wait for ad dollars and ticket sales to roll in.

The new formula: Some dude with a video camera, with almost zero budget, records himself slicing cell phones in half to see what’s inside. Wait for ad dollars to roll in. And sponsorships. 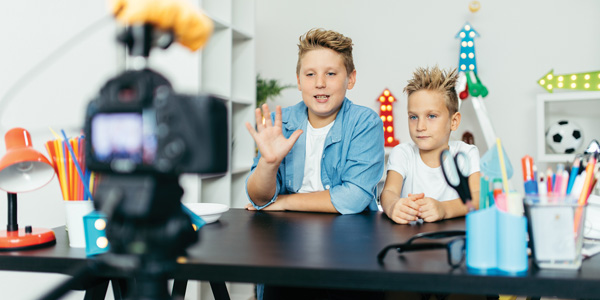 Have kids under 16? Then you’re well-aware of YouTube and YouTube Kids. That video platform and its amateur (and sometimes professional) content creators are a large part of the reason Disney has laid off 10 percent of its workforce.

My analysis: It matters not how much you spend on creating entertainment. If someone can do it for nothing and still entertain, a behemoth entertainment company can be beaten, sometimes in an embarrassing way. You can extrapolate what’s happening in entertainment to any field or industry out there.

In his book, “The End of Power: From Boardrooms to Battlefields and Churches to States, Why Being In Charge Isn’t What It Used to Be,” Moises Naim, the former Minister of Trade and Industry for Venezuela and executive director of the World Bank, writes, “Power is easier to obtain and harder to use or even to keep.”

Naim, who also is former editor of Foreign Policy, contends that those in positions of power look like they have nearly endless amounts of it. The reality is, they can be knocked off their pedestals very easily, and especially by sometimes-rogue business and political ninjas who steal power in the night.

If you need an example of an automotive industry titan knocked off its pedestal, I’ll give you two: Ford and GM, both amazing companies with storied pedigrees going back to the early 1900s. Ford, as of this writing, is valued at around $43 billion. GM is at around $30 billion. Tesla, a rather nascent automaker founded in 2003, weighs in at nearly $60 billion. Oh, and Tesla is worth more than BMW, too. Just a few short years ago, could anyone have seen this coming?

Back in 2003, I would have forgiven anyone who didn’t see it coming. These days, if you don’t, you were warned.

Believe You Are A Market Leader ... At Your Own Peril