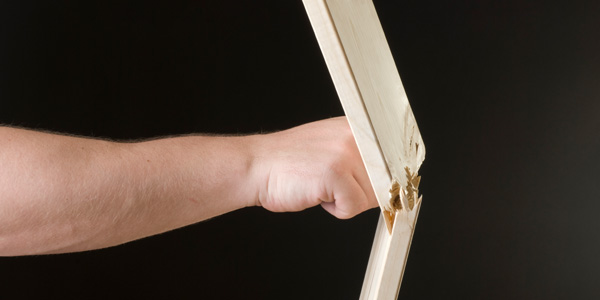 The only thing you can do is focus on how you conduct business, not how you’d like the other company to operate.

For some time in my younger years, I took martial arts. I competed, won trophies and got a pretty good understanding of how it all works. You were expected to show up and let out a blood-curdling kiai. (That’s the part where you yell while or before pulverizing your opponent.)

Aside from showing up and yelling a lot, you also were expected to listen. And practice and practice and practice. Never once during my training did my sensei ask me how I’d like my practice attacker to attack me. “How about a chop to the neck?” No, he never asked me that. It was always a surprise attack. Once during a belt test when I was about 12 years old, an attacker choked me. It was a shock to my system and in return, I delivered the required punches and kicks to get loose. I wasn’t asked if I’d like to be choked.

Fast-forward to when I was recently watching belt tests at a martial arts school. The student, already a black belt, was testing for a higher level. The test came to board-breaking, a favorite for the crowd gathered to watch, as well as the students. What happened next surprised me: The student began positioning and re-positioning the boards held by the assistants. The student moved one board this way. One board that way. Another board this way, to their liking. I had never seen anything like it before. In the real world, an attacker doesn’t ask you how you’d like to be attacked. The attackee doesn’t get to make requests as to where to be attacked. It just doesn’t work that way.

It got me to thinking about business: Do you get to choose which parts stores move in down the street? No? Well, not unless you’re the one owning and opening them! Do you get to request from your competition how you’d like them to price their products so it’ll make it easier for you to be competitive with them? No! (And by the way, that’s probably illegal.)

Knowing all of this, it’s incumbent upon you to ensure that your colleagues are all providing the absolute best service possible so you can keep business flowing in. The only thing you can do is focus on how you conduct business, not how you’d like the other company to operate.

Advertisement
In this article:Auto Parts

Can You Make Your Competition Raise Their Prices?