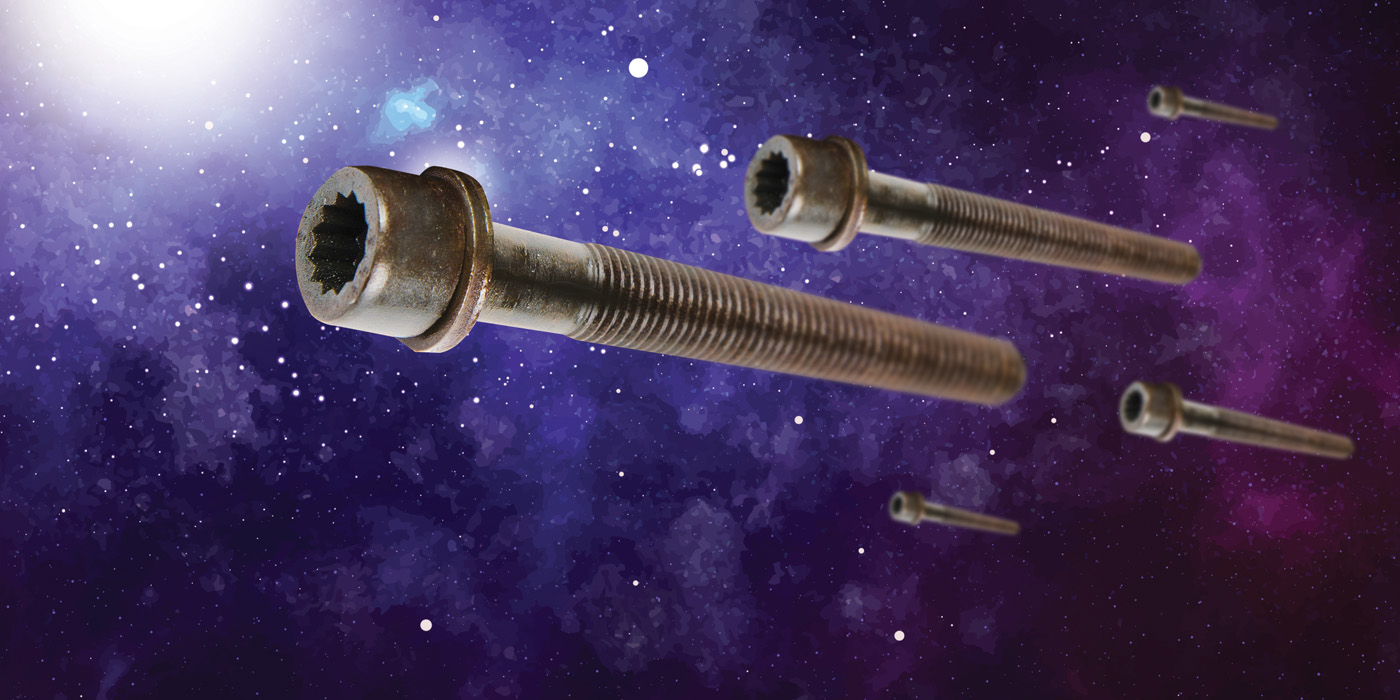 Torque-to-yield bolts have a unique advantage over traditional fasteners.

I can start any story about automotive repair and talk about the mistakes I’ve made. Any technician who tells you they haven’t is lying, because we all do and it’s how we learn. Torque for me was no exception. My initiation came the way of the impact wrench. I’d seen other technicians use them with apparent success, but I didn’t have the feel for it, and after a brief bolt-snapping spree, torque became an important subject.

That was 35 years ago and I’m still learning. Initially, I thought that a torque wrench would solve all problems. At the time, the only torque-to-yield bolts I dealt with were head bolts. Then, mid-way through my career, they were everywhere. By then I had learned enough (i.e. made enough mistakes) to realize that proper torque is more than just using a tool, and that understanding the relationship between torque and torque-to-yield was the only way to fully understand both.

Torque, simply put, is a measurement that specifies how tight to make a fastener. A torque wrench, when properly used, is a tool that allows you to precisely secure a fastener to its recommended specification. Mathematically speaking, torque is force multiplied by distance. In other words, if a torque specification of 50 foot-pounds is called for, it will require 50 pounds of weight at the end of a 1-foot bar to achieve 50 foot-pounds of torque.

European countries and their resulting service manuals use the newton-meter (N-m) specification instead of foot-pounds (ft.-lbs.), but most will list both side by side. If not, the internet is loaded with conversion calculators.

What makes torque so important? When any bolt is tightened, it stretches. This is not an immediately visible effect, like stretching a rubber band, but the idea is the same. The metal of the bolt resists stretching and acts like a spring with a natural tendency to return to its original shape. The tighter you make the bolt, the more it stretches and the greater the “spring” pressure it puts on its mating component such as a nut or threaded hole.

The force resulting from this pressure is called the clamping force of a fastener, and this is what keeps components tight and prevents the fasteners from loosening. When a bolt is under-torqued, the proper clamping force is not attained, increasing the likelihood that the fastener (and the component it’s securing) will loosen up.

When a bolt is over-torqued, it is stretched beyond its yield point, and its integrity as well as that of its mating component is affected. It no longer has the ability to “spring” back to its original shape and provide the clamping force that it is designed for. The result – if not a broken bolt or damaged threads – is again the likelihood that the fastener and the component it’s securing will loosen up.

A properly torqued fastener, with the exception of torque-to-yield fasteners, can be removed and reinstalled many times. As I mentioned earlier, properly torquing a fastener involves more than just a torque wrench, but before we get into that, let’s get to the topic at hand.

Torque-to-yield (TTY) fasteners have an advantage in that they provide a more consistent and much greater clamping force than non-TTY fasteners. Since clamping force is what keeps a fastener tight, the likelihood of a TTY fastener loosening is greatly reduced, and smaller fasteners can be used as well while maintaining the proper clamping force. TTY fasteners commonly are used in areas that don’t require routine service, such as suspension components and cylinder heads.

They often are referred to as “stretch” bolts. When they’re installed, they’re tightened or “stretched” right up to their yield point. To eliminate any confusion, a traditional bolt stretches and has a yield point, but since it has minimal elasticity, the window where the bolt begins to stretch and reaches its yield point is very small. As soon as the bolt is snug, it only requires a few degrees of rotation to reach its yield point.

TTY bolts have a much higher elasticity, and they stretch considerably when installed. Once a TTY bolt is snug, it can require as much as 180 degrees of additional rotation before it reaches its yield point.

An interesting note about installation can further illustrate the characteristics of a TTY bolt. When you tighten a traditional bolt, you thread it in, it stops and within a few degrees it’s tight. If you attempt to make it tighter, it breaks. When you tighten a TTY bolt, you thread it in, it stops and then you continue to tighten it the specified number of degrees to stretch it to its yield point. As you do this, it feels almost rubbery as it stretches.

If you remove the TTY bolt and reinstall it, it won’t feel the same. It will feel like a traditional bolt because you’ve already stretched it to its yield point. It won’t stretch again or stretch anymore. Evidence that you cannot re-use a TTY bolt and achieve the same clamping force is proven by the difference in feel if you attempt to do this.

I may be over-stressing this point, but I often see opposition to replacing TTY fasteners. I don’t know why. It’s a cost that should be passed onto the customer. TTY fasteners always must be replaced if loosened even slightly or removed. Since they’re torqued to the point of yield, they will not spring back to their original shape when loosened, so they no longer have the ability to stretch and apply the proper clamping force they are designed for.

Even though the specifications and procedures are different, there are rules that apply to torquing that are the same for all fasteners. Clean the threads; lubricate only when and where it’s called for; use the correct fasteners and hardware; and always follow all manufacturer’s instructions to the letter. Torque slowly for an accurate reading, and don’t forget to get those torque wrenches calibrated from time to time.

Advertisement
In this article:bolts and fasteners