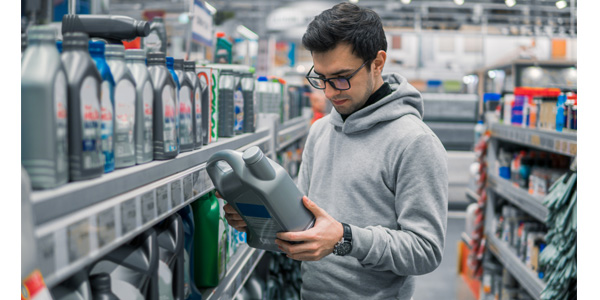 One of the greatest things about our jobs as parts specialists is that no two days are exactly the same.

One of the greatest things about our jobs as parts specialists is that no two days are exactly the same. Sure, some may feel like déjà vu, but certain days, situations or customers are rather unique, and some are just plain unforgettable! Unfortunately, many of the strangest and funniest are not suitable for print in a professional and public forum like ours. The rest, like the stories that follow, have become part of my memories, shared with new hires and old friends.

My first experience with repairing my own vehicle was before I worked in parts, but it led me into this career, because it’s how I met one of my future employers and mentors. I had a broken brake line on my Nova, and needed to get on the road for a very important appointment. (I think it was actually a concert, but “appointment” sounds better!) At this time in my life, I had very little concept of what I was doing mechanically, and had NO business touching my own brakes … and that’s where Brian came in.

I was standing in front of a bulk hose reel display, trying to eyeball what size hose I wanted to use to patch my brake line. (Yes, I was that guy, once!) Brian arrived to help, and calmly talked me out of my intended “repair.” I learned two things that afternoon: There are a lot of questions you need to ask to identify and make a replacement brake line, and I didn’t have the first clue about any of it!

I didn’t buy any brake parts from Brian; I left empty-handed that day. But the next time I needed something, I stopped in to his store. I bought a Chilton’s manual, along with the stuff to change my oil. I studied that book, and kept trying my hand at personal auto repair. I bought everything from Brian, even after he switched jobs to the retailer down the road. And one day, he offered me a summer job.

I was still a rookie, and made some pretty basic mistakes here and there. A man brought in a part I’d never seen before, and rather than look as dumb as I was, I took down the vehicle info and disappeared into the back to “find the part.” I asked two or three co-workers, just as green as myself, and we still had no idea. I took it back to the counter, and informed the customer that we didn’t carry these, and that they were a “dealer-only” item. (It was a windshield-washer pump, something I only learned after opening some of the boxes I was selling.) The next one really wasn’t my fault, though!

A customer asked me for tune-up parts for his “Capri with a 5-liter engine.” Now this I could do! Cap, rotor, plugs and wires were passed efficiently across the counter, and he left. He came back about 20 minutes later, complaining I had given him Ford parts. I agreed, since the Capri was the Mercury version of the Mustang, and I’d given him parts for a 5-liter Ford engine. He proceeded to tell me he had a CHEVY Capri, and none of the parts were correct. I asked if he meant “Caprice,” and he got just a little more upset, even spelling out C-A-P-R-I for me. I followed him out to his car so I could see what he was driving, and sure enough, it was a Chevy Caprice. Only problem was the emblem was broken, and all that remained was “Capri.”

Then there are the ones that just seem to make no sense at all. I was working at the counter one afternoon, when I realized all of a sudden I was completely alone up there. That’s when I saw what everyone else had already seen before they ran away. The man was very tall, very masculine-looking and he was walking my way … with a huge pink stuffed bunny rabbit under one arm! He placed the rabbit on the counter (facing me), and asked me for a choke thermostat. I looked it up, but explained we didn’t have it in stock. He turned to the rabbit, and asked her if he should order it, or try somewhere else. (Apparently, the rabbit wasn’t in a big hurry, because they ordered the part.)

I still fight the urge to run away occasionally, but otherwise I probably wouldn’t have met Pete. He became a regular customer, but there wasn’t anything “regular” about him. He’d always announce his entrance by shouting, “Greetings in the name of the king!” and refer to everyone as “comrade.” He carried a micrometer, and I watched him measure every bolt and fitting I ever sold him … to the thousandth! He also was quite the conspiracy theorist, and believed wholeheartedly that somehow the U.S. Constitution made every American exempt from paying taxes. I haven’t seen him in a while now … hopefully the IRS hasn’t caught up with him!

These aren’t all horror stories; some just come out of left field. A young couple came in looking to “paint their radiators.” I offered to order an aerosol can of radiator black, but they asked if I had a color-chip book. They were remodeling their house, and wanted to match the original color of a dozen or so radiators that were original to the house. I found a pretty close match with a 1970s-era GM tan metallic, and sold them several gallons of this color over the next few months of restorations.

These stories make for a little fun during downtime, and can serve to let the newer counter people know what kind of weirdness they can look forward to. But at their core, these stories illustrate that while many of our customers may be a little “different,” even the strangest requests can lead to sales, new customers and even potential employees!