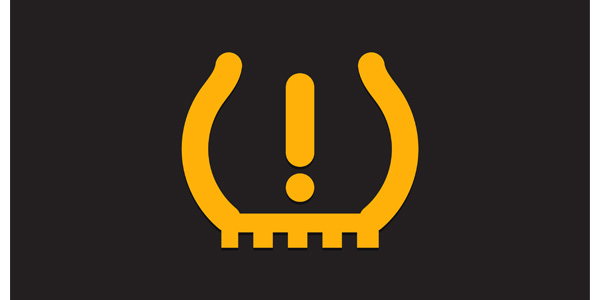 Approximately 95% of TPMS-equipped vehicles use a direct system, with sensors attached to the wheel itself.

Tire-pressure monitoring systems (TPMS) became mandatory for all light vehicles in the United States beginning with the 2008 model year. With the introduction of these systems came a new market segment dedicated to service and replacement of these sensors.

Approximately 95% of TPMS-equipped vehicles use a direct system, with sensors attached to the wheel itself. These sensors contain a radio-frequency (RF) transmitter that broadcasts the tire pressure to the driver information center, alerting low-pressure conditions or system faults. The sensors contain a small battery, usually linked to a motion-activated switch, so the sensor “wakes up” and begins transmitting once the vehicle begins rolling. This helps preserve battery life, but the sensor eventually will fail electrically.

The average service life for a TPMS sensor is five to seven years, so many of the vehicles originally mandated for TPMS beginning in 2008 have had their sensors replaced once already, and likely are due for service again soon.

Several aftermarket vendors have embraced TPMS technology, offering complete sensors, as well as replacement parts kits, tools and support equipment. While most of these manufacturers offer a wide variety of pre-programmed sensors that are ready to install and activate, the sheer number of SKUs required for coverage makes stocking direct-fit sensors impractical for tire shops and other TPMS service providers.

Universal TPMS sensors are a popular alternative to pre-programmed sensors, because just a few SKUs can cover approximately 85% to 95% of the current market requirements. TPMS sensors transmit RF signals in one of two bandwidths: 315 MHz or 433 MHz. It is possible to program vehicle-specific information into a “blank” transmitter of the proper frequency and create a “clone” of the original OEM sensor.

Calls for TPMS products (especially programming and relearn software) are primarily from commercial customers, but even the DIY customer may come to you for TPMS service kits, stems and tools. These items can be used to transfer existing sensors over to replacement wheels, or replace components damaged during tire removal.

Like many single-use fasteners, TPMS hardware is meant to be replaced each time a sensor is removed from a wheel, and re-installation involves torquing these components to specific values. Small fasteners mean small torque values, so torque tools calibrated in inch-pounds (in./lbs.) are the norm for reassembling and installing TPMS sensors. Even the valve core of a TPMS stem should be installed with a torque value of 2 to 5 in./lbs., using a specialized valve-core tool. These TPMS-specific core tools are a popular request from shops performing TPMS repair, as they wear out or lose their calibration with repeated use.

Any store that stocks sensors should keep the basic tools and service hardware to support these installations, including both metal and rubber valve stems, caps, cores and TPMS rebuild kits.

Most likely, anyone performing regular TPMS service already has the necessary equipment to service replacement sensors. However, it’s still good practice to understand the features and benefits of any TPMS-relearn tools that you offer, in case the opportunity for a sale arises. Some stores have chosen to offer TPMS-sensor cloning as an added service, and have the necessary equipment to transform their universal sensors into ready-to-install units, to supplement their direct-fit inventory.

Each vehicle manufacturer has its own specific relearn procedures, and some are much more involved than others. When selling replacement sensors, your DIY customers should be informed of these additional steps, to prevent comebacks and “defects” due to incorrect activation. Professional installers already may understand these relearn requirements, but a quick reminder of the added programming requirements of universal sensors is a good idea, especially if the purchaser usually requests direct-fit sensors.