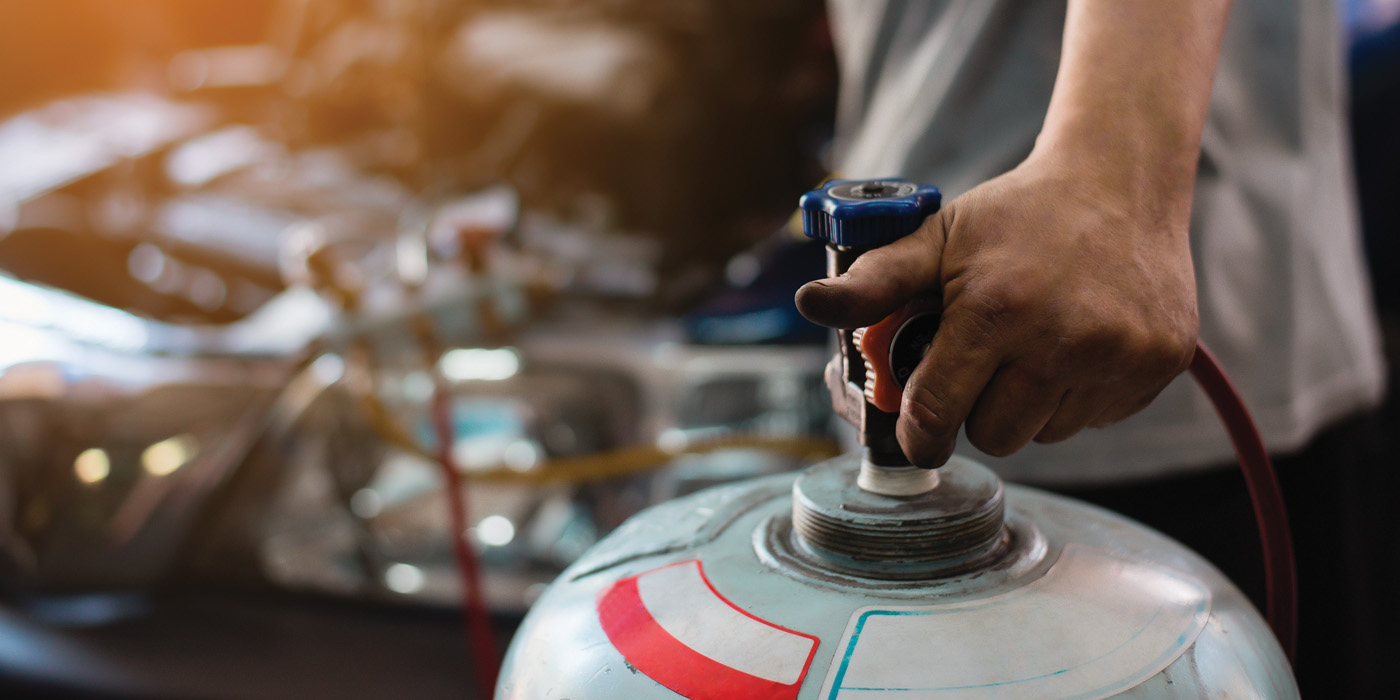 It’s not a question of if, but when, a shop or parts store will have to deal with this refrigerant.

In 2012, the EPA rolled out a slow-moving mandate phasing in the use of R1234yf. The benefit of R1234yf is simple. The new refrigerant lasts only 11 days in the atmosphere compared to 13 years for R134a. This is the reason why the EPA is requiring R1234yf to be installed in all new systems by next model year.

At the same time, the EPA introduced a credit system that rated vehicles on their global-warming potential (GWP). If an automaker made an early transition to R1234yf, they received a credit that would offset the corporate average fuel economy (CAFE).

One of the early adopters of R1234yf was Chrysler, going all the way back to the 2014 model year. The credits were used to make vehicles such as the Dodge Demon and Jeep Trackhawk fit into the overall CAFE numbers.

So, what does this mean for the distribution chain? It’s difficult to estimate how many vehicles already have R1234yf due to the phasing-in process over the past 10 years – some estimate it’s more than 50 million vehicles. But, almost all 2022 vehicles and newer will have R1234yf. It’s not a question of if, but when, a shop or parts store will have to deal with this refrigerant. While working on R1234yf systems isn’t that different from the R134a variety in operation or theory, identifying the refrigerant and recharging the system has some new twists.

R1234yf is available in 8-ounce cans and does not require an EPA J609 license to purchase. If a shop is purchasing a 10-pound cylinder, it will need an EPA 609 certification. The cost of an 8-ounce can be in excess of $40 and a 10-pound can cost between $700 to $800 retail. Prices were predicted to decrease as demand increased, but that has yet to happen.

To handle R1234yf, a shop will need a new recycle and recovery machine. The new machines are able to do two things some older machines could not, according to SAE J2843. First, new machines can detect the type of refrigerant that’s in the system and if it’s a blend. This is very important because of the price of R1234yf. Second, new machines can test the integrity of a system without wasting refrigerant.

If a shop is holding out on purchasing an R1234yf recycle/recovery machine, remind them that a machine can save money by not wasting refrigerant during system diagnostics and leak checks.

Technicians are being encouraged to recertify under the EPA 609 Technician Training Certification Program. This training standard has been updated with new information to ensure technicians understand the handling and servicing of the new R1234yf refrigerant.

What’s happening with the EPA credits some automakers gained with R1234yf? The program has been extended, but EV credits will be used to make 800-hp Mustangs, Challengers and Corvettes possible.