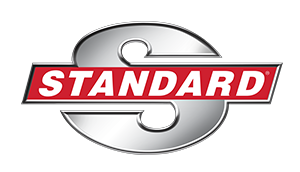 Electronic Throttle Control has been around for decades. It has been called by various names and has been the subject of media scrutiny at times, but these systems are responsible for improving fuel economy, reducing emissions, protecting powertrain components, and providing an overall better driving experience.

While ETC is beneficial, there are also faults that occur. These faults can be frustrating for the motorist as well as technicians. Quite often an intermittent fault will happen for an instant but will result in a limp-in condition for the customer. Customers may show up at the shop with an array of concerns caused by ETC systems – cruise control inoperative, vehicle stuck in limp in mode, warning lamp illuminated.

The majority of the vehicles on the road use ETC today and it is important for technicians to understand the principles of the system before delving into system specifics.

On ETC vehicles, the driver still presses on the accelerator pedal, but in most applications, there is no longer a cable attached to the pedal. Instead, there is now an APP mounted to the pedal. The APP will consist of 2 or more sensors which will act as an input device to the PCM or the ETC standalone module. It is important to have multiple inputs present for failsafe measures. Since this is a critical input for safety, there is a system of checks and balances in place to prevent unintended acceleration, or no acceleration. Many times, these sensors will work opposite of each other, or change at varying rates so the control module can assume that the signal lines aren’t shorted together. The APP many times will incorporate a calibrated spring assembly, so the driver has the familiar feel when pressing on the accelerator pedal.

The Powertrain Control Module is still the brains of the operation. While some ETC applications have a standalone control module, most rely on the PCM for control. The PCM will analyze the inputs from the APP, and then command the throttle body to act appropriately. The PCM will then analyze the feedback from the multiple Throttle Position Sensors to monitor the position of the throttle blade and adjust the position of the blade according to the driver’s request and the vehicle’s demand.

The throttle body is where the actual work is performed. The throttle body receives the command from the PCM. Again, it is important to understand that there isn’t a direct correlation between the APP and the throttle opening. Just because someone has the pedal pressed to the floor, the throttle body won’t be wide open. The PCM will command throttle open based on a number of inputs and driving conditions. As seen in the capture above, the driver pressed the APP all the way to 100%, but the throttle angle gradually changed and altered to protect the powertrain.

The throttle body also incorporates the multiple Throttle Position Sensors. These are similar to the APP sensors in the way that multiple sensors are used for safety and each sensor operates independent of the other sensors.

When attempting to diagnose an Electronic Throttle Control fault, it is important the technician follow Diagnostic Trouble Codes carefully, always check Technical Service Bulletins and look for software updates. Many times, the DTC will be divided into three areas: APP, logic (PCM or wiring), or throttle body (TPS). It is also important for the technician to keep in mind that other areas of the vehicle’s control system may cause throttle related symptoms, that aren’t necessarily faults of the electronic throttle control system. Faults such as wheel speed sensors could affect throttle opening and should be diagnosed first.

Premium Replacements for a Growing Category

Standard® TechSmart® offers the most comprehensive ETB line in the aftermarket – more than 200 premium ETBs covering 150 million VIO. Every Standard® TechSmart® ETB is 100 percent new, never remanufactured, and each undergoes extensive calibration and testing. All Standard-manufactured ETBs are built in North America in an IATF 16949-certified facility. As an expert manufacturer, Standard® designs upgrades to failure-prone OE components and includes ETB gaskets where required.

For more information on diagnosing and replacing these components, search “Throttle” on the StandardBrand YouTube channel or visit TechsmartElectronicThrottleBodies.com.