Are You Down With OAD? 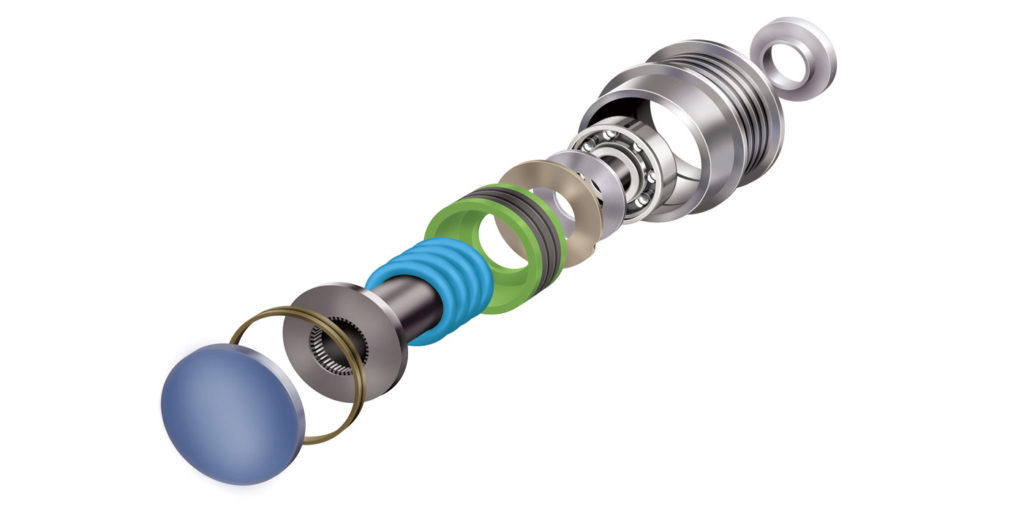 As the list of electronic bells and whistles on vehicles gets bigger with every model year, so do alternators.

In years past, 60- or 70-amp alternators were the norm. Today’s late-model vehicles – with their high-resolution touchscreen infotainment centers, USB ports and growing assortment of ADAS features – can require 120-, 160- or even 200-amp alternators to power their electrical and electronic systems.

The increased size and mass of today’s alternators can cause belt-drive problems such as belt slippage – which can lead to chirping noises – as well as increased tensioner motion and broken tensioners, according to Litens Automotive Group.

“When an engine accelerates, the alternator’s mass creates resistance against the belt,” Litens explains on its website. “In addition, due to differences in drive ratio between the crankshaft and alternator pulleys, alternator speed is typically three times faster than engine speed. These factors often cause ‘rope-tow effect’ in which belt speed and alternator speed are out of phase. Belt tensioners can absorb some of the resulting vibration, but the belt ultimately bears the brunt of this damaging force.”

Slipping causes friction and wear on the belt, as well as flutter. Over time, the slipping can get worse, as removal of material from the ribs causes the belt to bottom out. As noted earlier, a slipping serpentine belt can produce a high-pitched chirping or squealing sound that’s about as irritating as nails on a chalkboard to a vehicle owner. Slipping also can affect the performance of the alternator.

To address these issues, the auto industry expanded upon the concept of the traditional solid pulley. The “old-school” solid pulley, as Litens describes it, was designed to perform one fundamental task: Drive the alternator. The overrunning alternator pulley (OAP) takes this a step further, incorporating a one-way clutch mechanism that allows the alternator to coast to a stop when the engine is shut off. This “overrun” feature eliminates belt chirping when the engine is shutting down and when the transmission is shifting.

The OAP and OAD both allow the alternator to free-wheel when necessary. However, the internal spring mechanism – which absorbs the vibration caused by reduced belt tension – is unique to the OAD. That’s an important point to mention, because automakers have been able to improve engine efficiency and fuel economy by reducing belt tension in later-model vehicles.

So what does all this mean for your customers? For one thing, it means less noise, vibration and harshness in the cabin. OAD pulleys reduce noise when the vehicle is at idle and low engine speeds, and they help dampen harmonic vibrations at higher speeds. And because they eliminate damaging peaks in belt tension, they’re going to extend the life of belts, tensioners and drive-belt components.

According to Continental, more than 70 million vehicles in North America are equipped with an OAD. It’s important to note that there’s no acceptable alternative to an OAD pulley. The patented design offers exclusive benefits that can’t be provided by another type of pulley. If your professional or DIY customers use another type of pulley on a replacement alternator that requires an OAD pulley, it’s tantamount to introducing a “mechanical virus” that can damage other components in the belt-drive system, Litens says.

“It’s critical to replace an OAD-equipped ­alternator pulley with another OAD unit,” Continental explains on its website. “Without it, the vehicle could experience excessive belt flutter, worn or broken tensioners, extreme belt wear, belt ejection and unwanted noise from belt vibration
and slippage.” Here’s the bottom line: If the vehicle requires an OAD pulley, make sure the alternator you recommend features the same technology. Anything else is just asking for trouble.