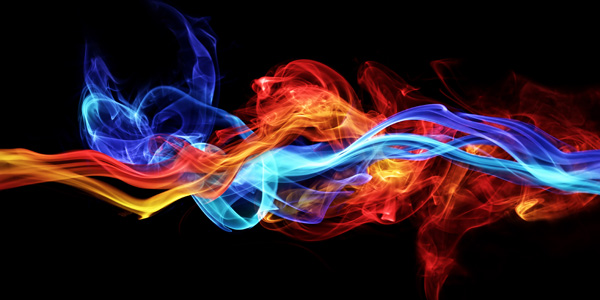 This is the time of year when the automotive HVAC system is working extra duty, attempting to maintain comfortable cabin temperatures across a wide range of outside temperatures.

March always is an interesting month here in the Northeast, as the weather fluctuates almost daily between, “Why is it so cold that can’t I feel my face?!?!” and “Hey, baby, is it hot in here, or is it just you?” This also is the time of year when the automotive HVAC system is working extra duty, attempting to maintain comfortable cabin temperatures across a wide range of outside temperatures. Two of the HVAC components that help the system achieve that “just right” temperature are the heater core and the evaporator core. These components are heat exchangers, and while they are similar in appearance – and both are usually buried inconveniently deep under the dashboard – they perform two very different tasks.

The heater core often is compared to a small radiator, because essentially they perform the same function. Hot coolant passes through the tubes of the heater core, and the fins create additional surface area for the heat to radiate away from the core. As the blower motor moves air over the heater core, this heat is transferred to the air and sent throughout the HVAC ductwork. In a radiator, the primary function is to transfer heat away from the circulating coolant. An A/C system’s condenser works on the same principle, with the drop in refrigerant temperature causing the refrigerant to change phase (condense) from a hot gas into a liquid. The heater core is just a simple means of putting this extra heat to good use – namely, keeping us warm.

The evaporator core, for all of its physical similarities to the heater core, essentially works just the opposite way. On a hot summer’s day, that refreshing cold air blowing through your vents is the result of the evaporator core removing heat from the incoming air. Refrigerant enters the evaporator as cold, low-pressure liquid, absorbing heat from the outside air (or from the cabin, if the HVAC controls are in recirculation mode) as it passes through on its way toward the compressor. As warm air blows over the evaporator, humidity in that air condenses on the cold surface of the evaporator. That water eventually drips out of the heater box, leaving the “mystery” puddle in the parking lot that we are often asked about during peak A/C season.

Peak A/C season usually doesn’t start until the temperatures start rising toward triple digits, but the A/C system is an important part of winter climate control too! When you crank the HVAC controls to “defrost” on a cold morning, you actually are turning on the A/C too. The A/C kicks in automatically to help reduce humidity that otherwise would fog up the inside glass and is the reason that the “recirculation” mode is meant for use in warmer weather. In recirculation mode, after initial startup, once the cabin reaches a comfortable temperature, recycling the cooler air that already is inside the vehicle makes it easier for the system to maintain its lower temperature, rather than constantly trying to remove heat from the “fresh” outside air.

Both the heating and cooling properties of HVAC systems rely on a law of physics, which states that heat always moves from “source to sink” – that is, from an area of higher heat to an area of lower heat. Whether the weather is hot or cold, these “core principles” dictate how the HVAC functions, and make driving a little bit more comfortable for all of us!

Advertisement
In this article:A/C, Counter View

Kens And Karens At The Parts Counter

High-Voltage Batteries: The Heart Of Electric Vehicles
Connect with us