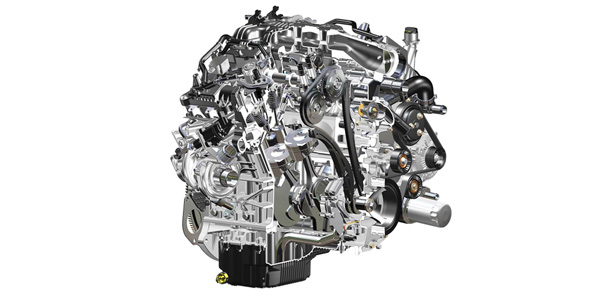 I frequently hear that electric and hybrid technologies are going to put an end to the reciprocating engine.

This sounds all too familiar.

“The fax machine will kill the mail system … ”

“Movie rentals and streaming videos will kill the movie theaters … ”

The above three statements have been made many times over the years. Strangely, none of them have been remotely close to coming true. Every year, the U.S. Postal Service still delivers more than 149 billion pieces of mail. There still are more than 2,000 radio stations in the United States, accounting for $13.7 billion in over-the-air revenues. This past Spring, “The Avengers: Infinity War” grossed $257.7 million in its first weekend alone.

I mention all of this because in this industry, I’m bombarded by the doom and gloom of the changes technologies are making in the automotive market. I frequently hear that electric and hybrid technologies are going to put an end to the reciprocating engine. When I’m faced with someone spewing this rhetoric, my eyes tend to glaze over and my mind races on how to respond. 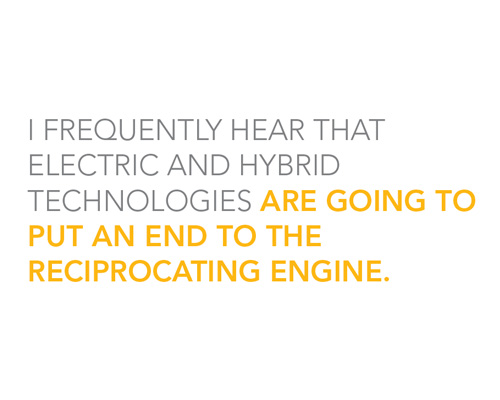 First, there are more than 272.1 million vehicles in the United States, most of them with fossil-fuel-burning engines. Where are they going to go? In this country, we produce/sell (in a good year) about 14 million to 16 million vehicles a year. Simple math says if we never sold another engine, they all would be gone in 16 years, assuming no growth in the total vehicle parc. Actually this year, the sales of electric vehicles eclipsed 1 million units for the first time, but that includes the majority of hybrids that still require/use a reciprocating engine. At these rates, there are going to be plenty of rebuilds around to sustain our business.

The place my mind goes next is the power grid. India, which is one of the fastest-growing and potentially largest markets for consumer consumption, is concerned because its people want air conditioning. The global grid can’t support India’s need for power just to give its citizens A/C. Here in the United States, where are we going to get all the electric power to charge all these vehicles? From coal plants? Or maybe nuclear plants? Or maybe we can just dam up a few more rivers and use hydroelectric power to generate the juice.

I think you can see what I’m getting at. The demise of the internal combustion engine is not imminent. Do I think it will happen? Sure, over time, we will land on the correct technology that’s economically feasible, environmentally sustainable and commercially acceptable. Until then, keep on selling parts!

Advertisement
In this article:Aftermarket Parts

What Will the 'COVID-Era Consumer' Do in 2022?
Connect with us

Education: Become A Pro On Shocks And Struts

Program groups: Auto Value, Bumper To Bumper Bring The Magic Back To Orlando