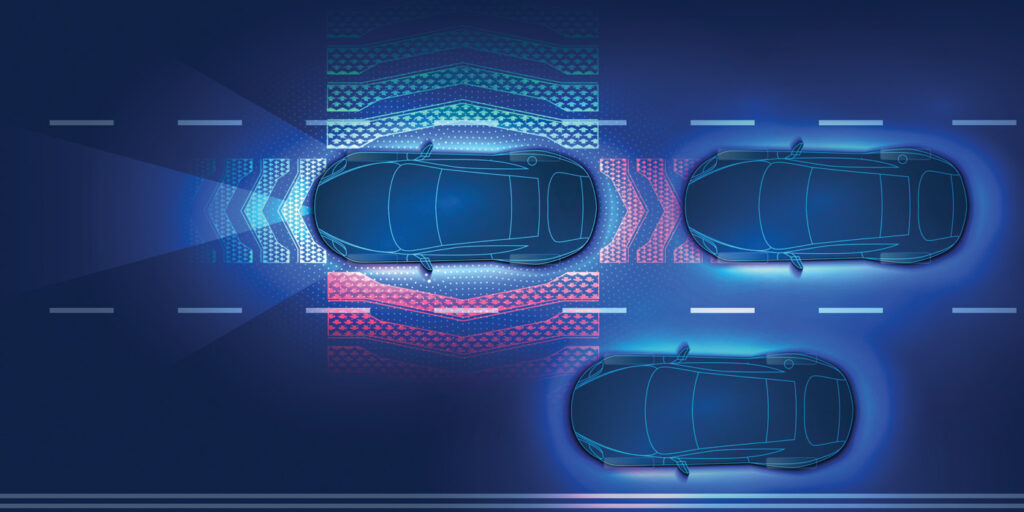 While the premise of a vehicle with no steering wheel and no human driver is not something the motoring public is quite ready for, the case for Advanced Driver Assistance Systems (ADAS)
is strong.

In October, automaker Ford posted a third-quarter loss of $827 million, and said it was largely due to its self-driving tech partner Argo AI going under. That same month, J.D. Power and Associates released a study that showed consumer understanding of automated vehicles is rife with misinformation.

On paper, one can make a pretty practical case for autonomous driving – the most obvious benefit being that it could potentially increase road safety and eliminate traffic deaths. Additional justification lies in the ability to reduce collision insurance claims and increase independence for certain populations who are currently limited in their options for safe and reliable transportation – such as the elderly and disabled.

However, as real-world testing begins, the technology is encountering some pretty significant roadbumps, and consumer understanding of the technology isn’t belying the confidence to make the mass adoption of fully automated vehicles a realistic possibility any time soon.

The recent J.D. Power study found 65% of consumers surveyed were unable to accurately define fully automated, self-driving vehicles. Plus, 56% of respondents incorrectly classified the driver-assist technologies available today as fully automated, self-driving technologies. The survey hints that consumers are lagging in understanding as well as preparation for higher levels of automation.

The current system for classifying levels of automated driving was established by the Society of Automotive Engineers (SAE). Ranging from 0-5, the SAE levels run the gamut from Level 0 where the driver is fully responsible for the vehicle’s operation and supervision of the technology on the car at all times, to Level 5, which gives complete control of the vehicle to the operating system itself and requires no human supervision at all. At this time, there are no Level 3-5 autonomous vehicles on the road today, according to J.D. Power.

Today, the most widely used safety technology on vehicles on roads today would be considered Level 2 – which would include such things as Advanced Driver Assistance Systems (ADAS) – automatic emergency braking (AEB), and Electronic Stability Control (ESC), lane assist, parking assist, driver drowsiness detection, gaze detection, etc. These technologies provide partial automation by taking over control in specific situations – such as turning a corner too fast, or coming to close to a vehicle in front of you. In 2008, ESC systems became mandated by NHTSA on all new vehicles by 2011. All automakers are currently participating in a voluntary commitment to make AEB standard on all vehicles as well.

In a recent webinar hosted by Reason Foundation, Brookings Institution and Princeton Autonomous Vehicle Engineering, several experts on AVs shared their thoughts on the subject, hoping to correct some of the common misconceptions and inject a dose of realism into the public debates surrounding autonomous vehicle technology. One of the three speakers, Alan Kornhauser, professor, Operations Research and Financial Engineering, and faculty chair of Autonomous Vehicle Engineering at Princeton University, said he believes ADAS should be mandated.

“ADAS is focused purely on safety,” said Kornhauser. “It’s on all the time, and it overrides drivers only to avoid getting into a crash situation. We’ve had a number of these systems in our vehicles for a long time. As long as we’re not using the brakes inappropriately, they just work the way we want. Otherwise, the system takes over and doesn’t allow you to lock your wheels. Same thing with electronic stability control. You can go around corners just fine. You go around too fast, all of a sudden, the system takes over and makes sure that you don’t lose your rear end. And maybe one of the most successful of these systems is reverse automated braking systems so that if you back up and there happens to be a child behind your car, the car stops.

“This has enormous implication on insurance because in fact, if there is no crash, then there’s no insurance that needs to be paid out. There’s no lawyer, there’s no ambulance, there’s no medical payments that have to be paid,” Kornhauser added.

When it comes to seeing federal or state regulations that could pave the way for more fully autonomous (i.e., driverless) cars on the road, Marc Scribner, senior transportation policy analyst at Reason Foundation, believes we aren’t quite there yet. Having consistent, published technical standards may be one of the bigger roadblocks, he said.

“Automated vehicle regulation is not going to occur in the near term,” said Scribner. “I think the delay is, in part, due to the lack of published voluntary consensus standards that may be ripe for regulatory incorporation. But, there also seems to be generally, at least so far [in] this administration, perhaps less enthusiasm for automated driving systems than the previous two administrations. But, I do think the lack of published technical standards that could be incorporated into regulation is a hurdle. Where federal regulators are silent, states may act instead. States and locals have primary authority over vehicle operations and infrastructure management. They own the roads; they manage the roads. They license drivers, they register vehicles. All of that kind of thing goes in with the vehicles actually out there in the real world,” said Scribner.