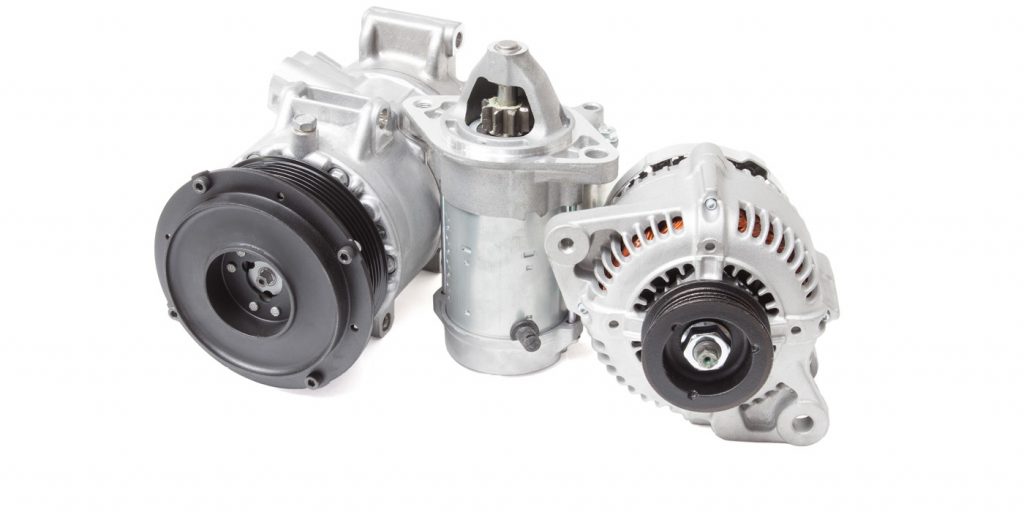 For many of the products on our shelves and in our catalogs, we have the option to recommend new or remanufactured parts. For some customers, the bottom line between choosing new and reman is simply price. For others, it comes down to availability. In reality, perceptions of quality often guide a customer’s decision (as well as our own recommendations).

What exactly is a remanufactured part, and how is it different than its rebuilt cousin? Remanufacturing is an industrial process that returns a used, worn or inoperative product to its same-as-new or better condition and performance. The core for a remanufactured part is completely disassembled, analyzed for its failure and then reassembled using a combination of new and refurbished components, resulting in a finished product virtually identical to a new part.

Some remanufacturers also may address known OEM design issues, using upgraded components in place of OEM, and resulting in a better finished product than its new OEM equivalent. This process is similar to doing a frame-off restoration of a classic car.

In comparison, rebuilding is a smaller-scale process limited to reconditioning or replacing only the worn or non-functioning components within each individual assembly. A rebuild is generally torn down only to the point of failure, and then only those failed or out-of-specification parts are replaced. The remainder of the assembly, while still functional, has the same amount of wear and tear as it did when it hit the workbench. In our classic-car analogy, this is like dropping in a crate motor. The engine itself is brand-new, but the rest of the vehicle still has 50 years of mileage and wear.

Remanufacturing employs many of the same manufacturing techniques as the production of new components, but the reman process can take up to 85% less energy to produce an equivalent product than building one from scratch. This energy conservation equates to reduced production costs, which can be passed along the supply chain, resulting in a significant savings when compared to the price of a new product. In some cases, the savings can be 40% or more! The only downside to the reman process is that it’s highly dependent on the availability of suitable cores to sustain the cycle.

Core handling can be a hassle for both the store and the customer, but is an essential aspect of maintaining the value found in reman parts. Customers may have objections to handing over additional money for a core deposit, especially for parts with significant core charges. Unlike the bottle and can deposits required in many states, a core charge rarely is a token expense. In the case of “new-to-market” parts or parts with a high demand and a shortage of rebuildable cores, these charges may actually exceed the retail price of the part itself. The core deposit is an incentive to return the old component, so it can enter the remanufacturing stream again.

For our customers, remanufactured parts can represent a great value for a like-new (or better) product. For sellers, reman parts give us another option for providing quality-built parts at a more acceptable retail price than the equivalent new component. For everyone on Earth, remanufacturing conserves energy, reduces manufacturing waste and encourages the recycling of raw materials. Reman: It’s good for the environment, good for the economy and, most of all, it’s good for our customers!