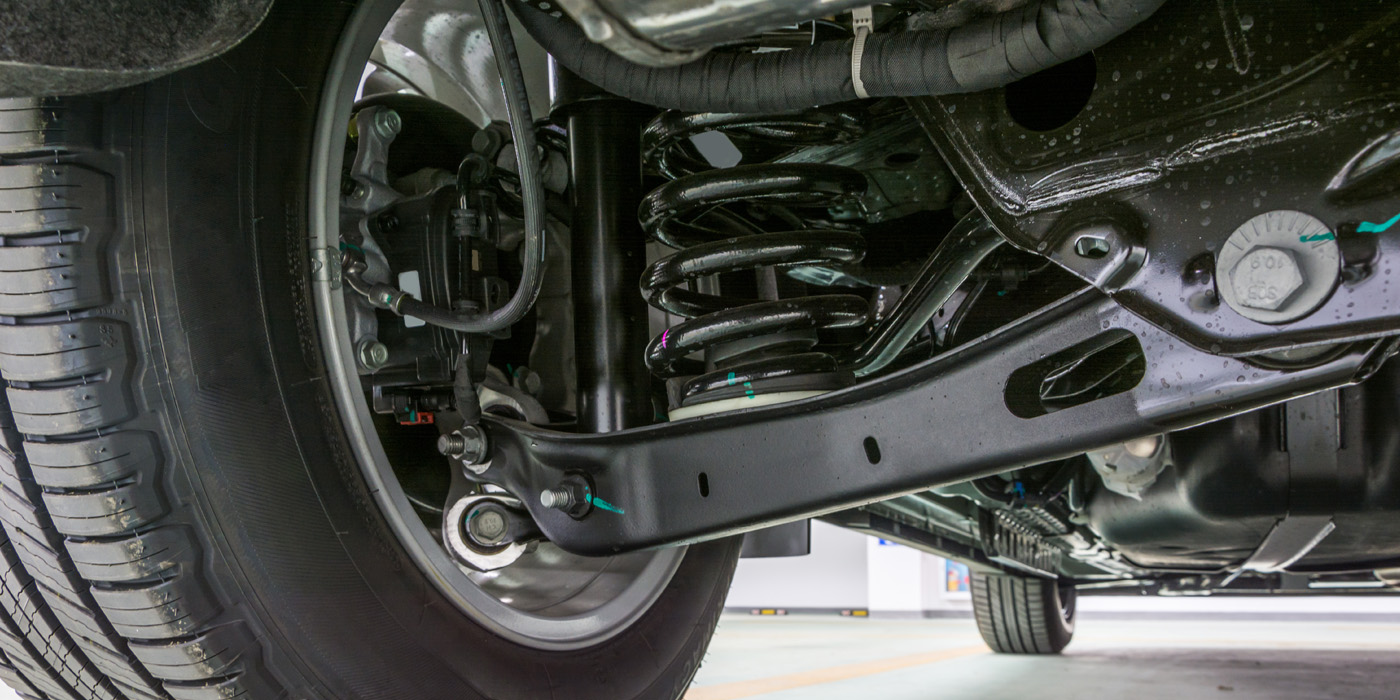 Good-better-best isn’t the only way to approach this category.

Shocks and struts have an important job. Every time the suspension experiences any kind of up-and-down motion – which is all the time while it’s moving – the shocks and struts create a calibrated amount of resistance to dampen the motion.

This dampening action prevents the wheels from hopping and bouncing uncontrollably after hitting a bump or dip in the road. It prevents the body from swaying or leaning excessively when cornering or driving in strong crosswinds. It also helps offset the tendency to nosedive when braking hard. The end result is a vehicle that rides, steers, handles and brakes in a predictable, safe and controlled manner.

Even though struts and shocks perform similar tasks, they have quite a few differences and are not interchangeable. Each wheel on a vehicle has as a shock or strut, but not both. However, a vehicle might have struts in the front or shocks in the rear. Unlike shocks, struts are a structural component in the suspension.

The two most common internal designs of shock absorbers are twin-tube and monotube. Most cars, light trucks, SUVs and vans use a twin-tube design. A twin-tube shock has two separated fluid areas, an inner working cylinder and an outer fluid cylinder that serves as a reservoir for the hydraulic fluid. The basic components are a shaft and piston that move up and down inside a working cylinder. There are fluid valves in the piston and in the stationary base valve. The base valve controls fluid flow between both cylinders and provides some of the damping force, while the valves in the piston control most of the damping.

Twin-tube shocks work well for most vehicles in normal driving conditions where passenger comfort is the most important factor.  But, as the driving conditions get more demanding, they tend to lose some of their effectiveness, as churning and foaming in the hydraulic fluid starts to occur.

And, that brings us to the monotube design. The monotube has a single cylinder and a wider piston than the single-tube, and it doesn’t use an outer fluid reservoir.  Even though the outside dimension might be the same as a twin-tube, the diameter of the monotube’s single working cylinder and piston valve is larger.

Essentially, the entire diameter becomes the working cylinder, which increases the hydraulic valving area. The monotube uses a high-pressure nitrogen gas, which is separated from the hydraulic fluid by a floating piston. Because the two never mix, it eliminates foaming, and the hydraulic valving becomes much more responsive.  With the monotube design, you have a shock absorber that’s more responsive, offers additional body control, doesn’t have any fluid aeration and still provides a comfortable ride.

For vehicles that are equipped with twin-tube shock absorbers, replacing them with a monotube design can be considered a performance upgrade, offering improved handling and control. But, your customers never should go from monotube shocks to twin-tube shocks.

If you’ve been relying on the good-better-best sales model when you’re recommending replacement shocks and struts, or if you’ve been focusing on product features and benefits, keep in mind that there’s another approach to selling this category.

All customers are looking for the best value, of course. But, ride control is one of the few categories where the customer can actually feel the difference when you’ve sold them the correct product for their vehicle.

There’s a lot of thought and engineering work that goes into the design and performance calibrations of OE shocks and struts for each vehicle model and trim level. After all, you wouldn’t expect a Lexus to ride and handle like a base-model Corolla. It’s also important to note that the OEMs don’t share their shock-and-strut designs or performance calibration. Only manufacturers working directly with OEMs know the performance and handling characteristics of individual vehicles.

So, why is that important? Well, any body or suspension movement beyond the vehicle’s design will increase stopping distance, reduce road traction and delay steering response. Remember, shocks and struts help keep the vehicle level and in control during braking, acceleration, turning and swerving on all road conditions. Regardless of where a replacement shock or strut falls on the good-better-best price spectrum, if the product isn’t designed to restore the vehicle to its original ride and handling capabilities, motorists will not only feel the difference, but they’re also going to be less safe behind the wheel.

When it comes to replacement shocks and struts, it isn’t about premium vs. economy, or good-better-best. It really is a choice between economy or correct. In this case, correct means a shock or strut that’s designed, built and tested to OEM quality standards and one that will restore the vehicle to its original performance, handling and control capabilities.

Advertisement
In this article:Shocks and Struts