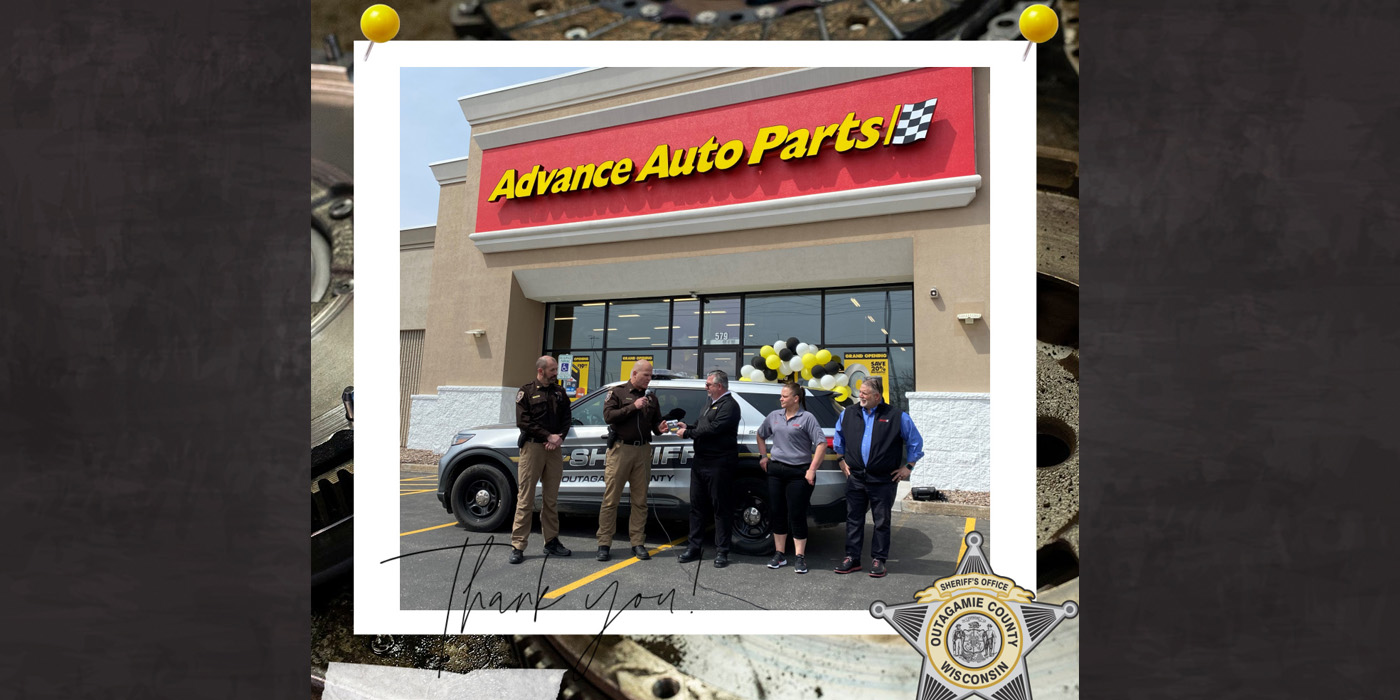 In April, Advance Auto Parts opened a new store in Grand Chute, Wisconsin. It didn’t take long for the store to make an impact in the local community.

Last week, the Outagamie County Sheriff’s Office announced a unique program aiming to improve vehicle safety. During the store’s grand opening on May 5, Advance presented $2,500 worth of gift cards to the sheriff’s office, WBAY in Green Bay reported.

If a sheriff’s deputy stops a driver for an equipment violation such as a broken headlight or taillight, the deputy can give the motorist a gift card to fix the problem, instead of a citation.

“The program helps increase safety on the roads and gives deputies the opportunity to engage with the community in a positive manner,” the sheriff’s office said in a Facebook post.

A segment on ABC 2 WBAY featured a brief interview with  Darin Green, a district manager for Advance.

“Taillights, brake lights, turn signals can cause safety issues, and we just want to make sure we are helping that motorist with a little bit of money to help them get that thing fixed so they are safe out on the road,” Green told the news channel.