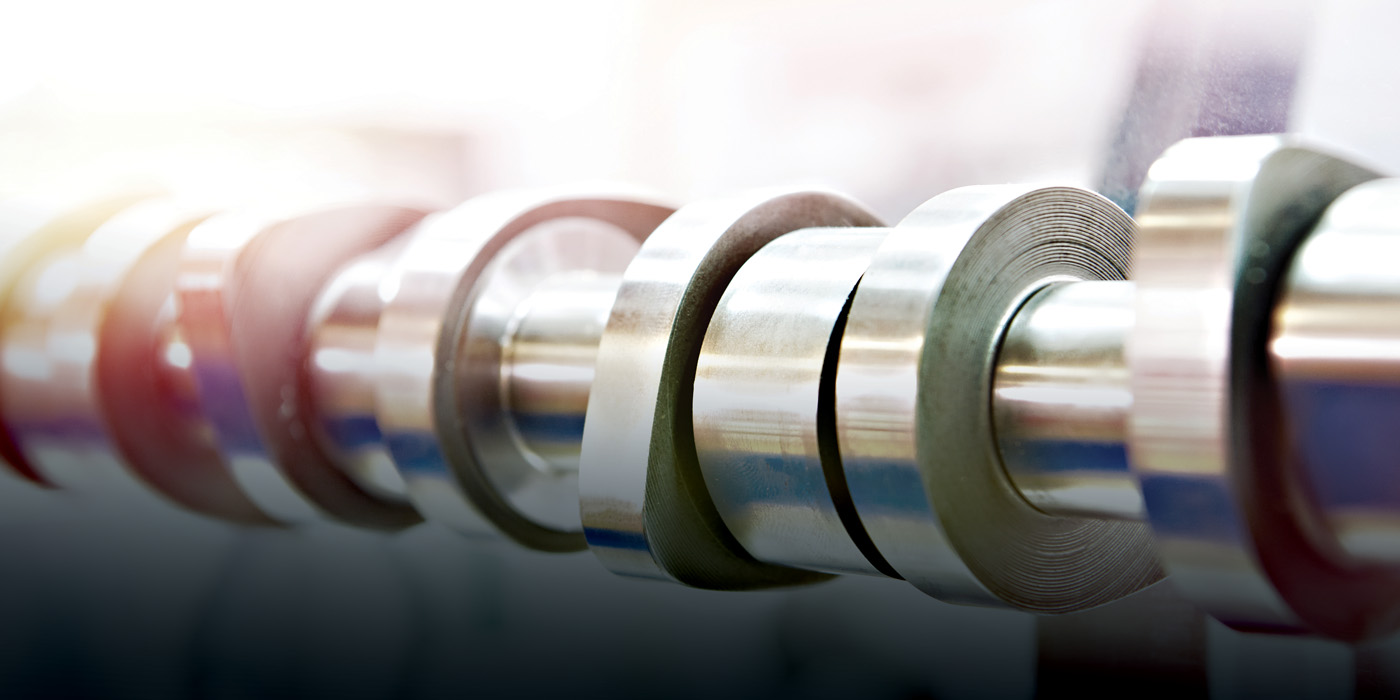 Camshafts are one of those components that can define an engine. Cams can have a direct effect on the efficiency, power curve, sound and even attitude of the engines they are installed into. Muscle cars and race cars are two examples of vehicles that are immediately recognizable by a loping, rumbling idle that builds into a deafening roar as they’re pushed harder and higher through their rpm range.

A “stock” camshaft usually is designed as a compromise between performance and drivability, with considerations for emissions and fuel economy, while performance cams trade much of the “politeness” of a stock camshaft in favor of brute horsepower.

If you were to open any of the major speed catalogs (or look up the information on their website), you’ll discover three things: Performance parts aren’t cheap; there are a LOT of cams to choose from; and each one is accompanied by a list of specifications including duration, lift, lobe separation and recommended rpm range/usage. But what makes one cam any different from another, and what do some of the terms used to describe a performance cam actually mean?

Lift, or more specifically, “valve lift,” is the distance the valve travels as a result of the action of the camshaft. As the cam rotates on an overhead-valve (OHV) engine, the eccentric lobes act directly upon the lifter, raising it (and the pushrod above) a specified distance. The pushrod transfers this “lift” to a rocker arm, which in turn presses down on the valve, releasing it from its seat. Valve-spring pressure helps the valve close at the end of its cycle, and keeps the valvetrain components from clattering as they return to a resting position.

In an overhead-cam (OHC) design, the cam lobe contacts the rocker arm directly, or against the valve itself when paired with a “bucket tappet,” which protects the valve stem from wear. The design of a rocker arm also multiplies the lift imparted by the cam lobe, creating more lift at the valve than at the lobe. Performance rocker arms use this advantage to improve lift without altering the existing cam profile.

Us old-timers sometimes refer to camshafts as “bump-sticks,” as they seem to have lobes poking out in every direction. They are, however, precisely engineered to open and close multiple valves in a perfectly timed sequence to maximize their effectiveness. Lobe-separation angle (LSA) is a fancy name for the distance (again in degrees) between the centerlines of the exhaust and intake lobes on a shaft. This distance, along with the duration of the cam, will determine the amount of “overlap” in the movement of the intake and exhaust valves.

Let’s look at a “racing” cam, and how its design affects performance. Intake valves open slightly before the engine begins pulling in air on the intake stroke. Call it a “head start,” but it helps promote airflow through the cylinder. As the piston reaches the bottom of its stroke, the intake valve is still open – pulling as much air as it can into the cylinder – then closes as the piston begins compression. Exhaust valves also open a bit before the power stroke is completed, with the pressure of the expanding gas helping “push” the spent exhaust out of the cylinder.

With both valves slightly open at top dead center, more cool air is drawn in as the hot exhaust is expelled. This phenomenon is called “scavenging,” and at higher rpm can further boost horsepower. The smaller the separation between lobes (and the more duration) the more overlap will occur. Unfortunately, at idle and low rpm, it also causes a lumpy rumble, low engine vacuum and a lack of low-end power. Although many people (myself included) enjoy hearing this signature sound at the race track, it isn’t very useful in a daily driver! Choosing the right camshaft for your intended purposes begins with defining your intended purposes!

Every camshaft design has a “sweet spot” – the rpm range at which it performs the best. Camshaft manufacturers’ rpm recommendations are a result of dyno-testing the unique combination of lift, duration, lobe design and separation engineered into each particular grind profile. If you aren’t going to be consistently operating in a cam’s specified rpm range, it may not be the best choice for your project. Your mostly stock, daily driven street vehicle won’t benefit much from a race-ready cam that really needs to rev up around 5,000 rpm to make maximum power. As with any other performance-part purchase, it pays to do your research before buying … no matter how cool the stickers will look on your toolbox!