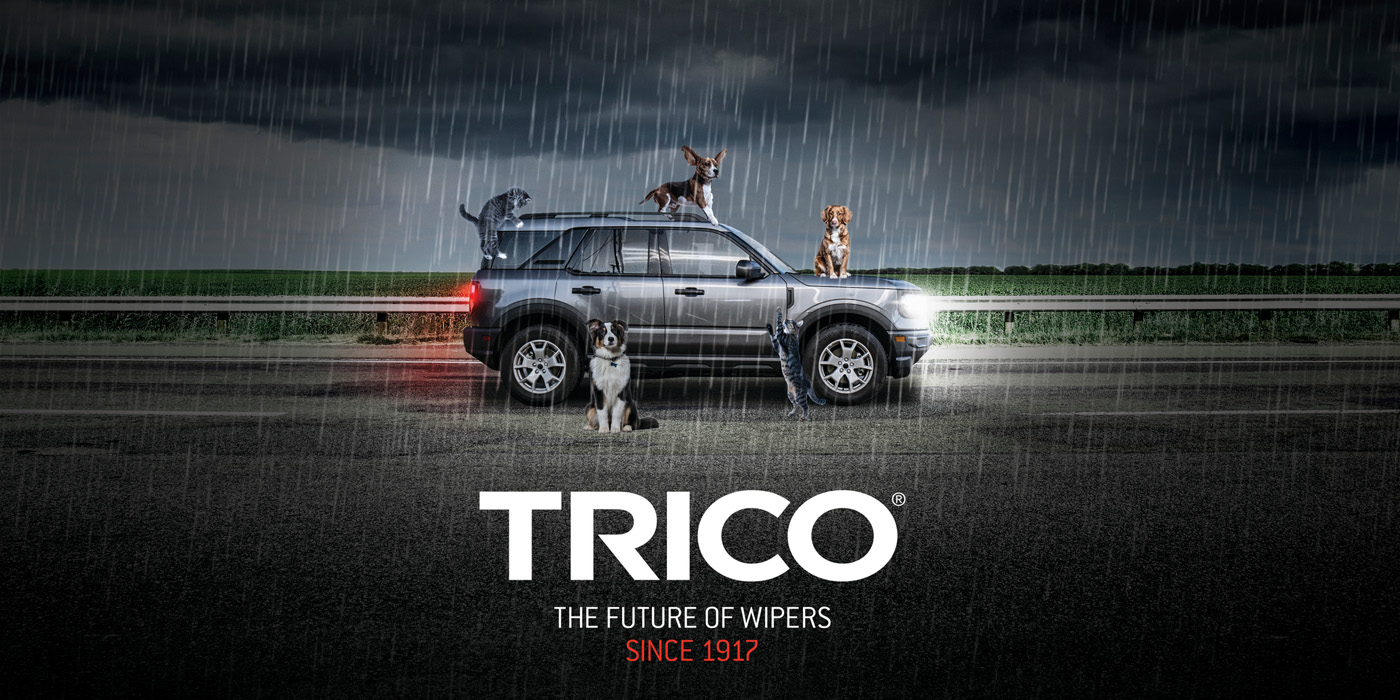 The campaign reinforces the importance of safe, clear driving visibility, even in the harshest weather metaphors.

TRICO has launched its Fall 2021 advertising campaign, “Raining Cats and Dogs,” that reinforces the importance of safe, clear driving visibility, even in the harshest weather metaphors.

The multi-channel campaign will generate more than 300 million impressions on national cable-network television, radio, digital, podcast and mobile-app advertising, as well as enhanced and boosted social media posts, according to the company.

The advertisements use a clever, entertaining take on the “Raining Cats and Dogs” idiom to demonstrate how TRICO-brand wiper blades deliver reliability and peak performance in all driving conditions. It includes an animal cast of 27 cat and dog performers trained by certified, professional handlers and monitored by Movie Animals Protected, an independent animal welfare oversight organization.

“With so many drivers returning to the roads after an extended period of work and travel restrictions, it’s more important than ever to raise awareness about the importance of a scheduled vehicle-maintenance program that includes regular wiper-blade replacement,” said Carl Weber, senior marketing director for TRICO. “This campaign will drive sales for retailers and service centers of the TRICO brand, a trusted source that has delivered a century of innovations as ‘The Future of Wipers since 1917.’”

To view the new ad campaign, visit the TRICO YouTube channel at youtube.com/user/tricowipers.

Advertisement
In this article:Trico, Wipers